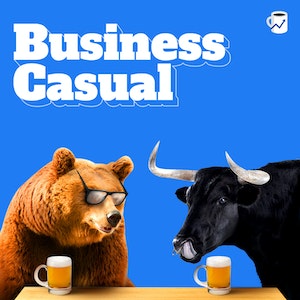 Thoughts the Ray Dalio pods were great. His perspective is real and honest. We need more of that. But one thing troubled me, he discusses many topics like:
- Redistribution of wealth (wealth disparity)
- Those at the bottom
- Education disparities
- Taxes and impact on education in certain communities

But he never mentioned race. Nor did the interview directly ask about race. Now of course, it’s possible this was discussed and didn’t make the final cut. If that’s the case I have to wonder why?

As a black man (well educated one) with many white colleagues that I trust and love, I notice that in public forums they hesitate to call out race and the systematic racism in the US (the world) and its historical and ongoing impact. A incredible intelligent and thoughtful man like Ray must know this. It can’t be ignored, so to have such a great discussion on how capitalism is no longer as effective in achieving a common goal for the US, I have to believe be proactively glosses over this important detail. The same goes for the greAt host of the podcast.

So in conclusion, why? Why can’t a man like Ray call out the realism of white privilege? He states It’s a zero sum game, is it possible he (and white people, especially white men) don’t to relinquish their ‘head start’?

I think these are questions that Ray and others must answer publicly. Because there is no redistribution of wealth if whites people don’t think with best interest of black and brown (Latinx) folk in mind. This absolutely can’t be ignored.

Thank you for the great pod. I really would love to discuss further with the host/someone from morning brew.